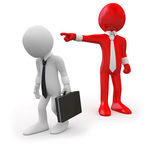 The Consequences of a Bad Hire

Below is a list of some of the negative consequences your company may see as a result of a poor hiring decision:

Once you recognize that someone isn’t a good fit for the company, it can be very difficult to rectify, especially if they’re producing. Most HR policies require at least two counseling sessions – one verbal and one in writing – prior to termination. Some are more lenient, but  most require a minimum of 30 days in between coaching sessions, meaning the soonest one can let a poor performer go is often 90-120 days. While this is never the ideal situation, there are always those who simply aren’t the best fit for the job.

When it comes to hiring, culture should be one of the primary concerns of the interview process. A solid cultural fit will weed out many candidates who have the right skills but the improper mindset conducive to the team’s success. It’s better to have someone who isn’t as strong in the skill set, but shares the cultural values, than someone who is more than capable but is apathetic about the culture.

At CultureFit, our entire business model revolves around the cultural values of a candidate and hiring company. We screen and vet candidates based on their business culture as well as diverse network of skills to ensure turnover remains low and long-term job satisfaction evolves from every relationship. Contact our experienced IT recruiters today to see how we can help you!