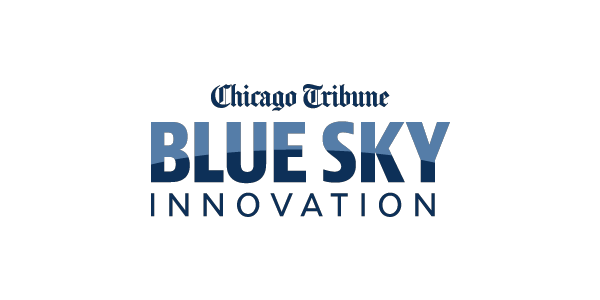 CultureFit Mentioned in The Chicago Tribune

This article originally appeared in the Chicago Tribune

The good: There isn’t enough talent in Chicago, so you can score five interviews the minute you post a resume, said Michael Melendrez, chief recruiter and co-founder of Red Circle, a River North recruiting firm that specializes in early-stage tech companies.

The bad: Big-deal companies like Groupon and GrubHub are “going to survive by hiring good developers, and they’re being very selective, so they’re willing to wait to hire someone good.”

OK, that’s not exactly bad news. But it means that even though the race is on for tech talent, positions at the most promising companies remain competitive.

One noticeable shift in the demand for talent: More companies are selling products and services in an e-commerce structure, said Maria Dubov, owner and founder of MMD Services, a Chicago-based recruiting company that focuses only on technical staffing jobs.

Dubov said that in the Chicago-area, Newell Rubbermaid, Premier Farnell and Focal Point Lights are just a few of her clients that frequently hire for e-commerce roles.

She also emphasized the value of tech workers who understand social media, including how to connect with and attract consumers.

Hot technologies today are in data skills and development, and for these industries, prospective employees need mastery of specific ground-level tools to get in the door, Melendrez said

For data jobs, you’d need to know SQL, data solutions, analytics and Hadoop. For development, you have to be fluent in Java, PHP and Ruby.

“That’s the barrier to entry to have a conversation,” Melendrez said.

User Experience Designers (UXD) are a newer branch needed on the creative side to make sure that the user experience is superb, Dubov said. For example, Orbitz Travel needs to compete with Kayak and Hotwire, and one of the ways it does this is make sure that the site is user-friendly, faster and easier than the competition.

Project managers are also very desired — especially for software product companies. The product manager works with all components of product development, including the quality-assurance team, developers and marketers.

“They do a ton of research, and lots of times, they will also be secret shoppers on other sites,” Dubov said.

Knowing the skill isn’t enough, however.

Hiring officials also seek workers who can write code — but also look at a problem, break it down and explain how to approach it, Melendrez said.

Melendrez said technologists should be prepared to present their solutions as business ideas — and defend these in a meeting, pitch them to companies and interact with other employees and executives that include other technologists as well as non-techies.

“They’re looking for people who can clearly articulate their ideas and are very creative and committed to problem solving — plus working well with others,” Melendrez said.

“It’s not just — is this person going to be a cool person to go to happy hour?” Melendrez said.

Companies seek employees who will commit to being part of the group for a longer term. They want techies who know their stuff and mix in with teams well.

“To build a solid set of skills, you need to work at one single company for a few years — rather than jumping around,” said Adam Kooperman, principal staffing consultant with CultureFit, a technical staffing company based in Deerfield.

He said many clients seek a candidate who likely won’t leave for a while and who already has solidified skills with another company.

But there are ways to score the job and close those gaps.

And while being active and visible yourself on social media is important, Dubov said that it’s also essential to follow tech influencers on Twitter — she mentioned Jason Fried , co-founder and president of Basecamp, and Andrew Mason, founder of Groupon — to stay attuned to anything new in the business.

“Companies that embrace newer technology want these cool people onboard because they feel that they will move their business forward,” Dubov said. “You want to show that you … can easily immerse yourself into this new, innovative world.”

And after you’ve learned the skills and started intermingling in the tech world, then the work will follow.

“When you immerse yourself into that community,” Dubov said, “someone will bring you onboard somewhere.”