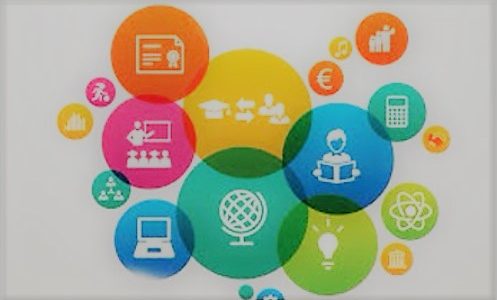 What’s the STEM Program and Why is it Important to Illinois?

This week we posted the news about the Illinois Science and Technology Coalition’s announcement regarding the progress that Illinois has made in advancing the number of college students graduating with a degree in one of the STEM disciplines – Science, Technology, Engineering and Math – moving from 43rd to 9th ranked in the country.  What’s even more remarkable about this extreme shift is that we achieved this milestone in only 5 years.  This moves Illinois to a nationally recognized leader in the primary education disciplines needed to fill the chasm of open positions within the technology category.

But just as important to the STEM movement, was to begin a concerted effort to increase the number of women representing traditionally male dominated categories. To truly appreciate the accomplishment, it’s important to take a step back in time to understand what prompted the birth of STEM and the premise behind the program, starting with the purpose:

Although the US has always been a technology leader, we have struggled to maintain a competitive edge with the talent necessary to continue fueling the critical innovation needed across all industries.  As a country we’ve been one of the most technologically dominant forces dating back to the Industrial Revolution, and in 1957 we had a wakeup call when the Russians launched the Sputnik satellite into orbit – it was clear we had taken our success for granted and needed to step up our game.  A year later we responded in kind to the challenge and launched NASA, and put the first man on the moon in 1961.

The Birth of STEM

Fast forward to the late 1990’s and we launched STEM into K-12 early education curriculum sponsored by the National Science Education Standards and the National Council of Teachers and Mathematics.  The idea was to begin teaching children a standardized curriculum to support higher education studies.  It wasn’t until 2005 that we were once again faced with demoralizing benchmarking results that showed the US significantly lagging behind almost all of the other westernized countries.

Four years later, in 2009, then President Obama announced the Educate to Innovate initiative. The goal of the initiative is to move U.S. students to the top of the pack in science and math achievement over the next 10 years. Some of the key milestones in the initiative include increasing federal investment in STEM and preparing 100,000 new STEM teachers by 2021.  By 2016, we had surpassed the halfway mark to achieving the aggressive goal.

A Few Highlights from The Recent STEM Report

STEM is a critical initiative that will continue to fuel our future innovators along with the cutting-edge innovations that will keep us competitive globally.  We look forward to Chicago and the state of Illinois continuing to lead the way in facilitating more growth in the coming years.

CultureFit and Advance Search bring a combination of over 25 years of IT Recruitment; entrusted to hire and place IT professionals throughout the Greater Chicagoland and Milwaukee area. Each year, they’re charged to recruit, negotiate, and place 100’s of open positions with quality talent that meet skill set requirements as well as compliment an organization’s culture.  Their unique position has afforded them the opportunity to identify hiring trends from both the organization and the talent’s perspective.