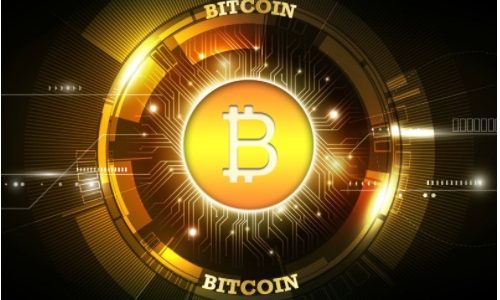 Bitcoin as currency – Is it here to stay?

Is it here to stay? We’ll leave that answer up to the financial experts.  But we can talk about the anticipated impact cryptocurrencies, such as Bitcoin, are having with businesses who need plenty of IT Technology support.

What is a cryptocurrency?

Just to ensure everyone is working from the same definition, Investopedia defines as-

A cryptocurrency is a digital or virtual currency that uses cryptography for security. A cryptocurrency is difficult to counterfeit because of this security feature. A defining feature of a cryptocurrency, and arguably its most endearing allure, is its organic nature; it is not issued by any central authority, rendering it theoretically immune to government interference or manipulation. (Note:  this later statement also explains the risk around cryptocurrency as it is not backed by the FDIC)

You always know when a new category is “hot” by the number of media publications moving quickly to capture the market trends.  Of course it’s difficult to ignore when investors around the globe are making a fortune – Bitcoin saw a massive stock increase of more than 1400% in 2017.

Even better news to this story is the number of companies capitalizing on the Bitcoin’s meteoric rise such as Nvidia, the microchip maker saw an opportunity to support Bitcoin Infrastructure with impressive growth rising 576% in 48 months, Overstock.com was also an earlier adopter with investors reaping a 250%, and Square, the mobile processing company made a big move to be the first to test out the buying and selling process of bitcoins – they too were rewarded with a gain of 258%.

Companies that Made the Move in 2017

There’s actually too many to itemize, but we think the list below will give you a pretty good idea that this trend is going to stick around for a while:

We’re not advising anyone to make a radical career move, but if you’re looking for the next new cutting-edge projects or like being on the ground floor of new development and adoption, there’s certainly enough activity you may want to do some additional research:

What kind of IT Jobs are Needed?

Too many to list, but here’s a few that are consistent to the companies preparing to add (or have added) cryptocurrency:

The financial market is still debating the long-term solvency of this category – but were betting the market adoption and the amount of jobs activity are reliable adoption indicators.  As with any other industry, some trends will stick, others will simply fade into the past.  CultureFit Technology Staffing is in the unique position of being able to determine the difference based on new job requisitions. Need more reliable support with your technology staffing?  Let’s connect.