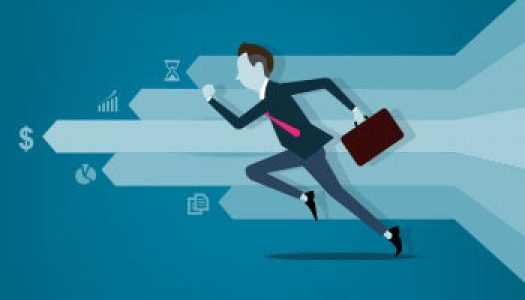 IT Hiring Trends: Compensation is Spiraling Cause for Employees Going Elsewhere

Competition among businesses for top IT talent today makes it critical for hiring managers to rethink their recruitment and retention methods. There are so many open IT jobs in the marketplace today, but finding the talent to fill those spots is becoming increasingly difficult. These IT jobs are remaining open because candidates aren’t even applying for them. It’s not that the talent isn’t out there, it’s that many of these candidates don’t have to make an attempt to find the right opportunities. These IT professionals, even those who aren’t actively seeking jobs, often receive multiple offers.  And the marketplace is becoming ultra-competitive, and hiring managers must move quickly to snag the right person.  But what is important to these IT Professional for them to even begin thinking about leaving their current company?  According to a recent CultureFit Trends Survey, monetary compensation is the greatest driver in helping to secure these highly skilled individuals, with 55% of respondents stating that a better salary is the best reason for leaving a job.

In order to compete, salaries offered in the industry must be at or above current levels.  Here is why the salary competition, next to a good cultural fit, may be the most important factor to consider when hiring:

Pay will continue to increase, and the IT Pros know it.

Although the nation’s professional workforce is expected to post an average of a 4.1% base pay increase in 2016, technology workers overall are expected to fare better with a 5.3% increase. In our survey, 62% of respondents stated that they received a pay raise over the past 12 months, and 33% of those increases were over 15%!  While compensation as a priority isn’t unique to an IT professional’s career, their category has become increasingly unique, giving them much greater leverage respective to attaining higher than average salaries with continual yearly increases.

Job Satisfaction is at all-time high, so why move?

Overall, career satisfaction levels are positive, with 60% of workers reporting that they believe an IT career path — and its potential for salary advancement — is more promising than other career paths. Only 9% of IT workers feel that IT offers less potential than other careers. And a whopping 85% of survey respondents said they are satisfied or very satisfied with their decision to pursue a career in IT.  This is going to make it very hard to lure anyone away from their current position, because they are already in their happy place.  That larger salary may just do the trick for you!

There are still many dissatisfied professionals out there, here’s your chance!

As we’ve reported previously, many companies are seeing vacancies exceeding 30% within their IT departments, and projections in the demand for qualified talent expected to increase 37% over the next 6 years, there is still no need to fear your vacancies can’t be filled.  Not all IT professionals surveyed are satisfied with their current company; more than half of those respondents said that their financial situation has remained stagnant, or got worse, in the past two years, and that their salary isn’t keeping pace with other peers in the industry. Now is the time to act. A larger competitive salary would do the trick, and help to retain.

Salary is very important to those in the IT industry, however, there are many other factors that influence them as well when deciding whether to make a move into a new company.  We will discuss another employment attribute, Job Flexibility, in our next post.

If you are interested in finding a highly skilled IT Professional who will match your company’s culture, speak with one of our IT staffing consultants at CultureFit. CultureFit is a full service Technology Staffing and recruitment firm for corporate cultures that value organizational fit, employee satisfaction, and an extremely high level of technical IT skills.